Home / From Taús to the “Roc dels Quatre Alcaldes”

To start the route we head to the lowest part of Taús where we go through the trail that goes to the castle, we keep going down by the wide path with small wall at each sides, south direction until we find the small river “major” that can be crossed without problems, we take the right path (south-west) that has slight inclines to overtake to small valleys until it connects with a trail that goes from Taús to the refuge of Cuberes.

We go through the trail and keep ascending in south direction and through the marked path, it has a width of 50m with the vegetation pruned – that also works as a fire-break, there’s no loss option.

In the 4th km and 1700mt altitude, we’ll connect with a trail that keeps heading south and quite plain until the 5,3th km. From here we keep going south-west direction through the most rocky section and in high ascent until height 1830, now there’s open land and with no trees, were in the stick field.  We go again south direction through the left side of the field and close to the spectacular “singles” with the Cabó’s valley at the bottom. In the end of the field we’ll find the “Roc dels quatre alcaldes” at the top of a small hill above the “singles”. The “Roc dels Quatre Alcaldes” has a sculpted cross with the initials of the four capes that divides. 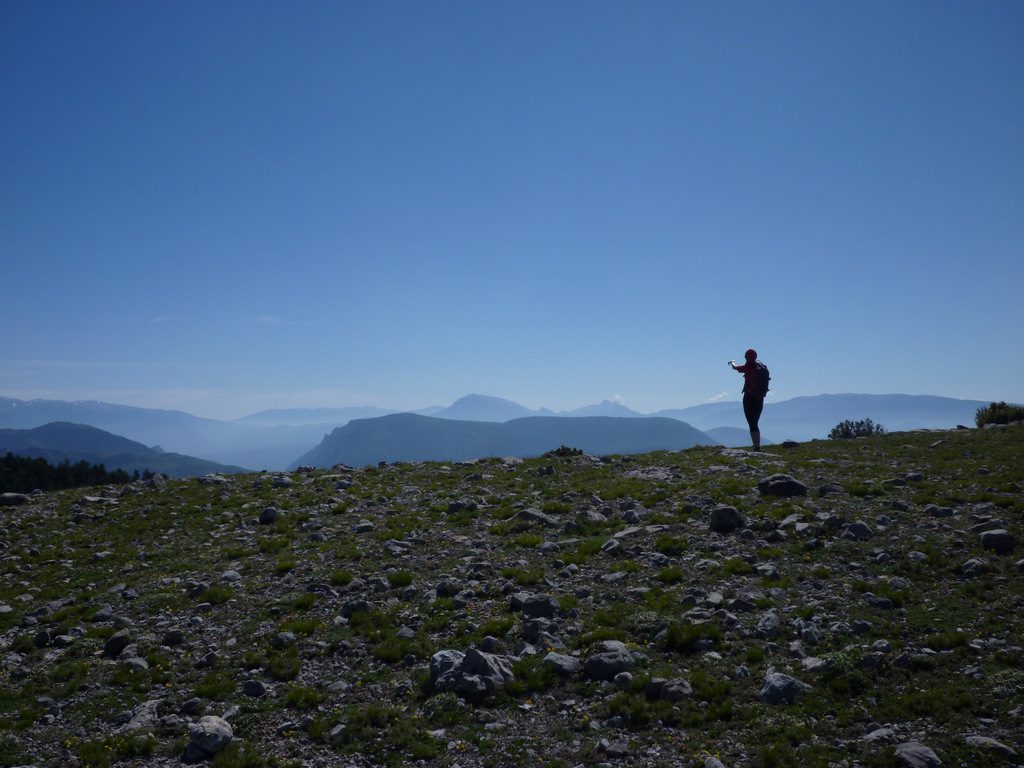 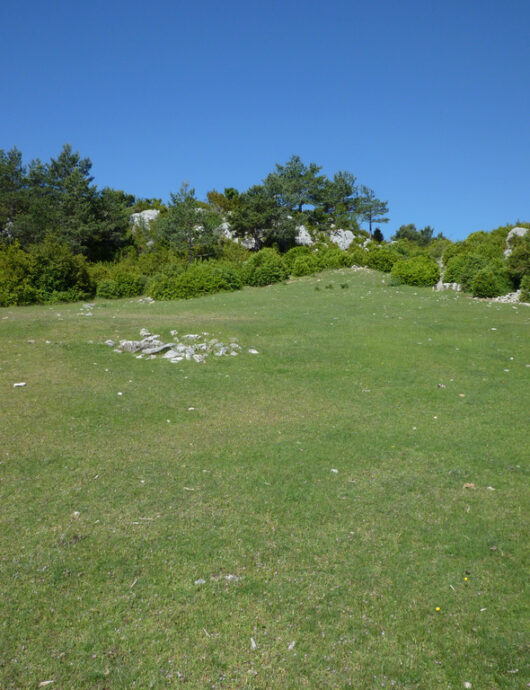 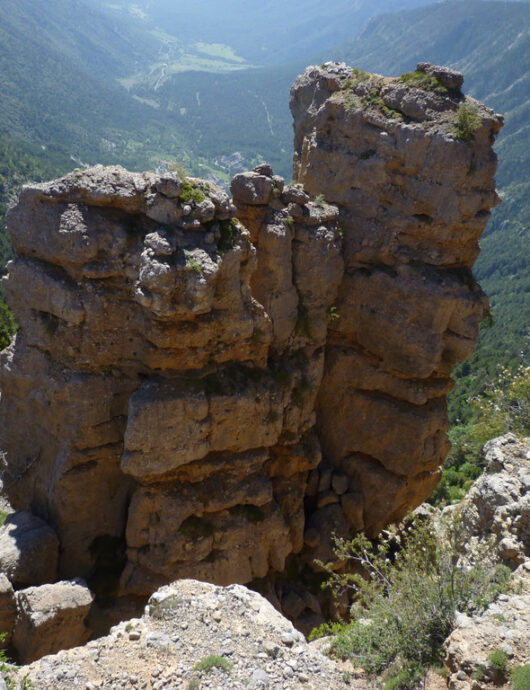 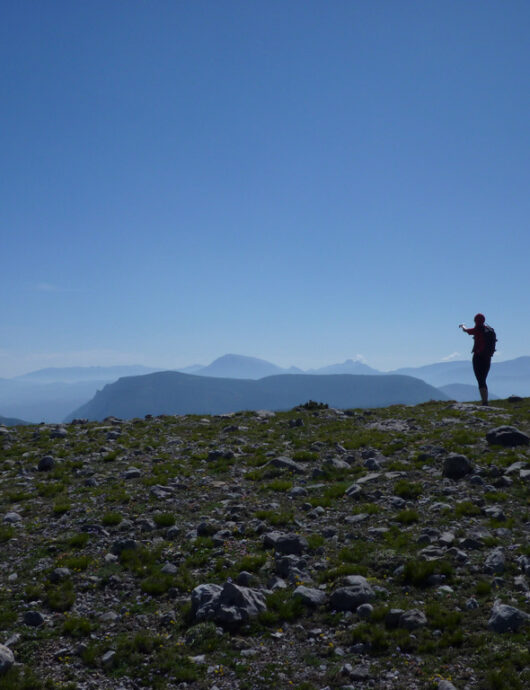